Watch how Uncle Bryn won on his debut

The formidable combination have landed five of the last six runnings of the Listed contest, with high-class filly So Mi Dar and multiple Group One winner Cracksman among their winners.

Uncle Bryn, who is a general 20-1 chance for the Cazoo Derby back at Epsom on the first Saturday in June, will be making his turf debut on Tuesday following impressive all-weather wins at Kempton and Wolverhampton in the autumn.

Gosden, who now trains in partnership with son Thady, expects to have a clearer idea of what the son of Sea The Stars is capable of afterwards.

He said: “I’m very pleased with him. We looked at the this race and also the Classic Trial at Sandown on Friday, but that looks a very good race this year.

“We’ve chosen to go Listed in a race we’ve won before – and bearing in mind that his only runs have been on the all-weather, it will be something of a learning curve for him.”

The Ballydoyle handler saddled the last winner of the race in Cape Of Good Hope two seasons ago and appears to have another major contender on his hands in this Camelot colt, who impressed on his final juvenile start at Naas in November.

Charlie Appleby and William Buick team up with runaway Kempton scorer Wirko. “He has had two starts and he won impressively on his second start although admittedly you couldn’t see a great deal as it was in the fog there that evening but William was very pleased with him," Appleby said.

"His homework has been nice and he has done well from two to three. As respects to the track he travels well which helps there at Epsom with the undulations. He is another that comes into the mix that we are still trying to feel our way with and where we will be pitching him the first half of the year. I’m pleased with his preparation and I think he should be a live player.”

Pythagoras bids for a fourth win from six starts for Richard Fahey. The Sir Robert Ogden-owned youngster was last seen landing the Silver Tankard Stakes at Pontefract in October. 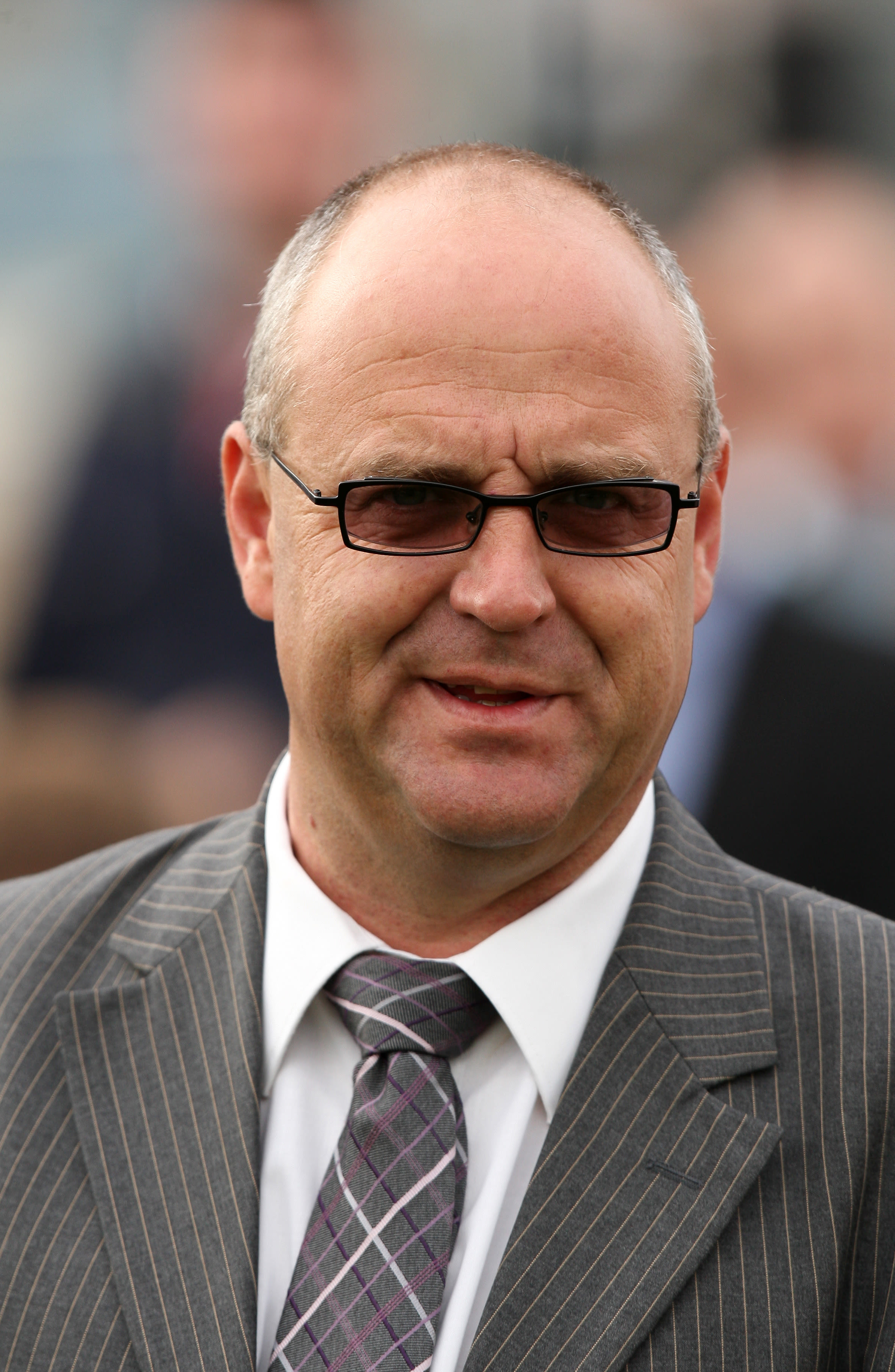 Fahey said: “He’s wintered very well. We’re very pleased with him and stepping up in trip is what we feel will make him better.

"He’s got to carry a 3lb penalty for his Listed success at Pontefract, but we’ll see how we get on. He seems a pretty straightforward horse so I don’t think Epsom will be a problem, but that’s the thing with the track - you won’t know until you try.”

Martyn Meade runs the only filly in the field in Technique, who faces a big step up in class after winning on her Wolverhampton debut.

“It’s a big step up for her, but she acquitted herself very well at Wolverhampton and is a very balanced filly,” said Meade. “We had the option of either going into a novice or taking a big leap – and on her work at home, we thought let’s take a big leap. She could be the sort of horse that copes really well with Epsom.”

Also making a first appearance since recording a winning debut is Star Caliber, although it was back in September that the son of 2015 Derby winner Golden Horn scored at Goodwood. 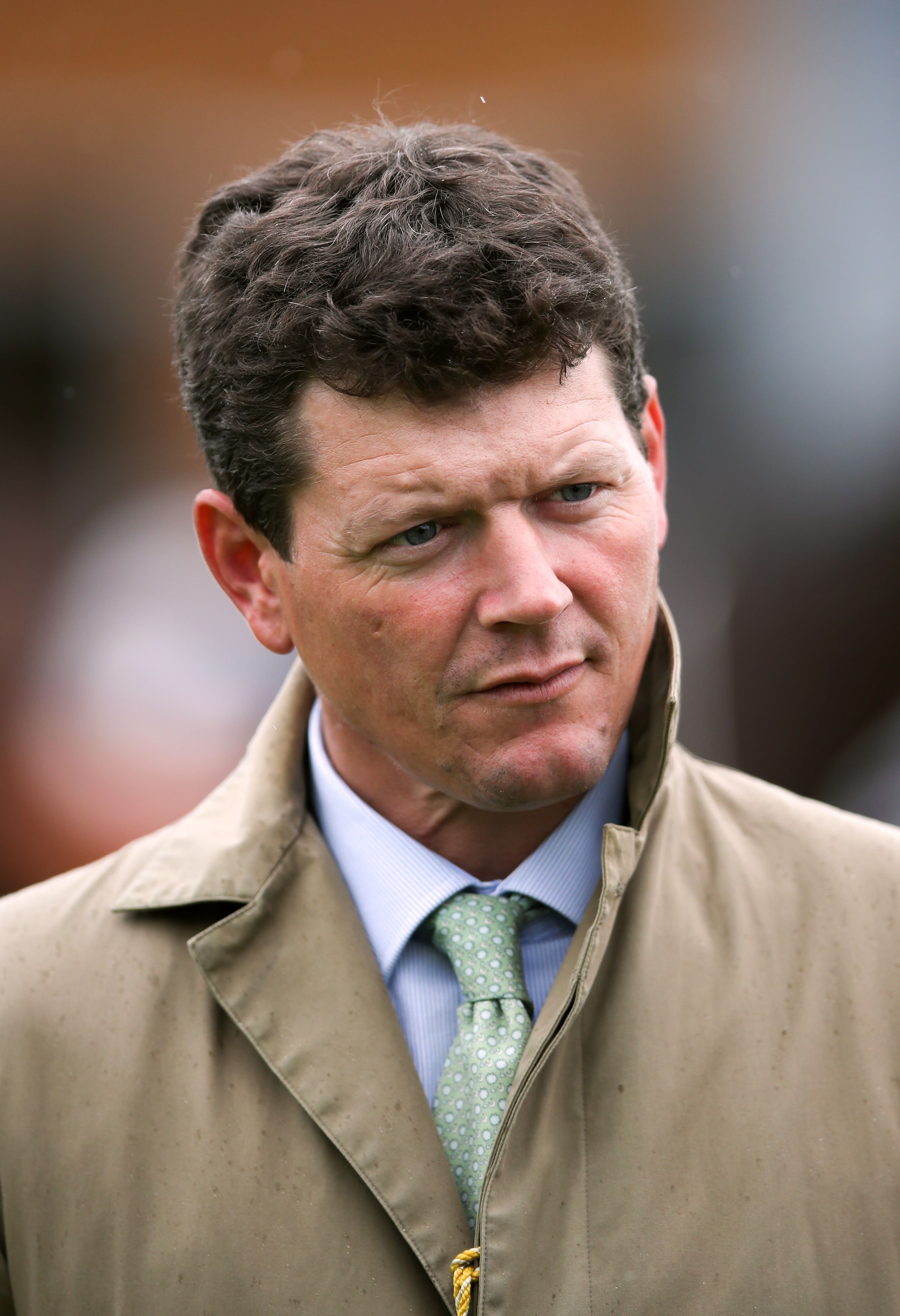 Trainer Andrew Balding said: “We’re very happy with him. Obviously it’s difficult to quite know what he achieved in his only run last year but he did win and the second has run well subsequently, so I think it’s a fair level of form.

“This is a big step up in class but he’s a lovely horse and he’s shaping like a horse that stays really well, so I hope he runs well. He handled Goodwood, so I shouldn’t have thought the track would be problem.”

User Friendly recorded a memorable victory in the 1992 Oaks at Epsom in the famous Gredley family silks and they are carried by the George Scott-trained Too Friendly. The son of 2012 Derby hero Camelot is already a winner during the 2021 Flat turf season, having landed a 10-furlong maiden at Doncaster last month.

And Scott said: “I’ve been delighted with him since Doncaster. He is not a horse that shows a huge amount at home but he is in great health and we feel the track shouldn’t inconvenience him.

“He is a straightforward horse and we are looking forward to seeing where he sits. I’m pretty sure he will continue to improve physically. He was also in at Sandown but the track doesn't come into play as much there as it does here and he is a pretty agile horse that should handle the contours.

“I was impressed the way he made up the ground at Doncaster late in the race. He came off the bend cruising and when Callum (Shepherd) asked him to quicken he put the race to bed in about three quarters of a furlong. By the time he hit the front he was well in command. I’m under no illusions that this is a different test but he travels well and he has a great attitude.”

“The form of her Wolverhampton win has worked out well. It is a big ask as it is a big jump in class.

“We debated a bit about going for a novice race but we thought if she is good enough let’s throw her in the deep end. She is very well balanced and coped with Wolverhampton well so hopefully she should be fine on the track.

“If she runs well then we can have a look at running her in the Oaks and if she doesn’t we have the option of dropping back and looking at a novice with her. She was head and shoulders above the rest of them at Wolverhampton and she won as she wanted. She won so easily and we don’t know how much more she has got to give. It was a pleasing first run and I think there is a lot more to her.”

Of the nine runners, those currently not entered in the Cazoo Derby who would gain an automatic entry for the premier Classic are Pythagoras, Technique, Wirko and Bodroy (Anthony Carson). Surprise Exhibit (Archie Watson) is a gelding.

George Scott is represented by Sarvan in the City and Suburban Handicap and is hoping that the unique characteristics of Epsom Downs will suit the four year old.

Scott said: "He is a horse I always felt might suit a track like Epsom. He does most of his best work on the bridle then he loses concentration. A turning track with contours might just suit him well. The trip should be perfect for him and he is in good form. In an ideal world he would handle some more cut in the ground but I’m sure they will have done a good job with the ground.

“He is more grown up now, as he used to misbehave at the races at times, but he seems more chilled now and that could be down to the wind operation. He has got plenty of ability, though he is not the biggest horse but it suits him running in these better races off low weights rather than carry a big weight in a lesser class of race.”

Andrew Balding runs Group One Power in the Great Metropolitan Handicap. The four year old ran well when fourth in the King George V Handicap at Royal Ascot last June, before running a disappointing race at Newmarket the following month, after which he was subsequently gelded.

Balding said: “He had some good form last year. His Ascot run was excellent in the King George V Stakes. It’s slightly faster conditions than it was that day but he’s in great form and we’re pleased with the way he’s been working so he should have a good chance.” 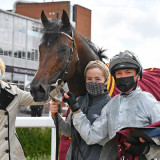 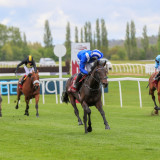 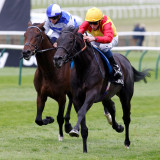